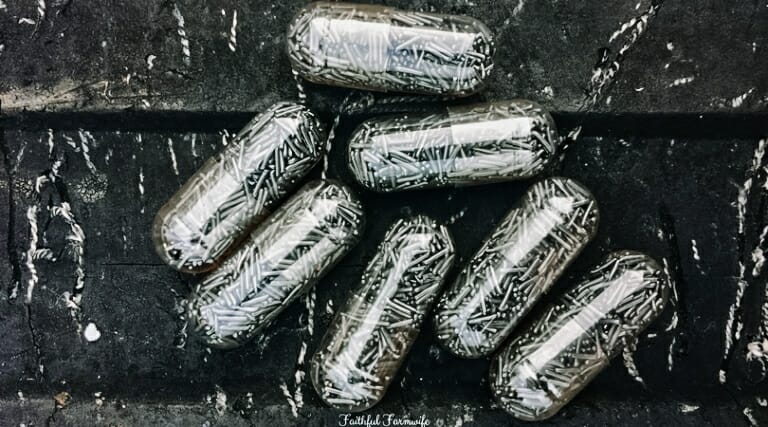 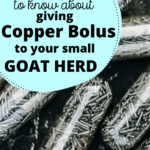 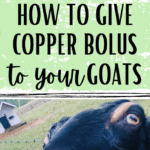 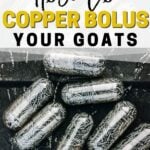 If you have a goat herd on your farm-probably the case since you are reading this post- then you have most likely heard about the importance of giving copper bolus. You probably know that you should give copper to your herd, but do you know why, how, when, and how much?

What is Copper Bolus

A copper bolus is a capsule filled with copper oxide wire particles. These capsules are made to be given to goats who aren’t getting enough copper in their diets.

Why is it important to give Copper Bolus to goats?

Copper is an essential mineral for goats. Without it they can become sick, infested with internal parasites, and exhibit a plethora of other issues.

Copper oxide particles are used by goat owners to treat goats for barber pole worms and to improve the overall health of their herds.

Most soil in the United States contains less than 50% of the needed amount of copper. Since the soil is so lacking, copper should be supplemented in the diet and via bolus to avoid a Copper deficiency in your herd. Contact your local extension agent to have your soil tested.

What are the signs of Copper Deficiency in goats?

Copper deficiencies are fairly common in goats, but they need to be treated quickly. Giving copper bolus is the best way to raise the copper levels in your goat herd.

The symptoms of copper deficiency include:

Wiry Coat- This has always been the tell-tale sign in my herd. When I see a rough wiry coat on one of my goats, I know that their copper levels have dropped below where they need to be.

Hair loss- Copper deficiency can cause hair loss in goats. This occurs especially around the face and the tail head.

Fish tail- If the hair on the tip of a goat’s tail is split and resembles a fish tail, your herd needs a copper boost.

Coat color change- A lack of copper can cause dullness in your goat’s coat color. Black hair can become reddish and other colors can look bleached or washed out.

Anemia- We check our goat’s eyelids periodically because their color can tell you a lot about their health. Pull down the lower eyelid and check the color. If it is a bright pink, you should be all clear. If they are pale or white, you should determine if you are dealing with a copper deficiency, parasites, or both.

What causes Copper Deficiency in goats?

A lack of copper in your goat herd can occur due to a deficiency in the soil and feed. This is considered a primary deficiency.

Copper deficiency can also be caused by certain minerals (like sulfur) in the water, soil, or feed that can block copper absorption. This is a secondary copper deficiency. 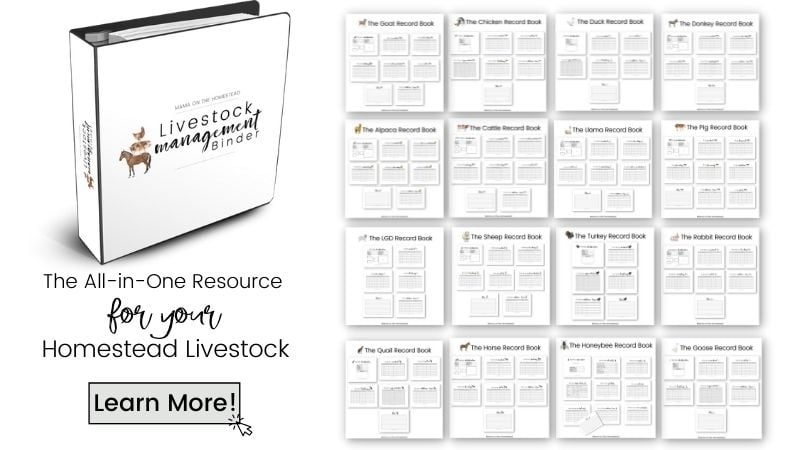 How to Give Copper Bolus to Goats

What Copper Bolus brand should you use?

UltraCruz– This is our farm’s copper bolus brand of choice. It is already properly dosed for goats so there isn’t any unnecessary work. UltraCruz has capsules measured for adult goats as well as for goat kids.

UltraCruz goat copper bolus is a long lasting and slow-release copper bolus. The tiny little copper rods inside each copper capsule are just the right size to stick to the stomach of your goat to release over time.

One dose of UltraCruz is made to last 8 months to a year.

Copasure– Copasure capsules are dosed for cattle so they require a little extra work on your part. You will have to open the capsule and measure the correct amount for each goat using a kitchen scale. The slow release may also be affected since the capsule will not remain intact.

How much copper should you give to your goats?

Goats need their copper, but there is a risk of copper toxicity if you give too much so you need to be sure that you are dosing properly.

How often should you give copper bolus to your goats?

Slow release copper given in the correct dosage is said to last 8 months to one year.

I recommend testing your soil to see how copper deficient your pasture is and test your water for minerals that could block the absorption of copper. If you are in a very deficient area, I suggest giving copper oxide every 4 to 6 months unless you notice signs of deficiency sooner.

Copper bolus is typically administered to a goat via a Balling Gun. The bolus would be placed in the hollow tip of the bolus gun which is then pushed to the back of the goat’s throat and deposited for the goat to swallow. Peanut butter can be used to hold the bolus in the gun.

This method of copper bolusing works great, but sometimes it can be a little stressful and uncomfortable for the goats and it requires a little extra elbow grease from the farmer so I have started using an alternative method for giving copper bolus to goats.

There is an alternative method of administering copper bolus to goats, the easiest way in my opinion, that by-passes the extra stress and discomfort.

They won’t even know that you are giving them anything other than some yummy treats! All you need is some Copper Bolus and marshmallows or bananas.

Most of my goats love marshmallows so we use these first. Start by pushing one bolus in the middle of each marshmallow.

You can also pour the copper out of the capsule into a hole poked in the marshmallow- I don’t recommend doing this if you can avoid it as it makes the copper release into the system faster than it should.

Give these to your goats according to the amount they need for their body weight. *See dosing recommendations above.

Some goats won’t eat marshmallows (crazy, right?) so bananas can be used instead. Push 4-5 boluses into a banana and pinch off each one into a bite sized piece. Again, feed these to your goats according to their body weight.

You could also use these homemade horse treats (totally safe for goats) to hide the copper capsules in.

Be sure to write the date down in your goat records!

The goats were huge fans of this method and it worked out really well. They didn’t seem to chew the copper too much (which is a good thing) and they weren’t suspicious at all of our motive for giving these sweet treats.

1. Goat bites aren’t pleasant so be careful when putting the marshmallows and bananas into their mouths.

2.This method does allow for chewing the copper and that could potentially cause the copper oxide to not stay in the goats’ system as long as it should.

I did notice that our goats had a “chew 1-2 times and swallow whole” policy so they really didn’t bite down into the capsules as much as I thought they might.

Just monitor your goats after the first time using this method. You may need to re-bolus around 6 months instead of 8 if you notice deficiency issues sooner than normal.

Which method do you prefer when giving copper bolus to your herd?

Pin “What You Need to Know About Giving Copper Bolus to Goats” for later! 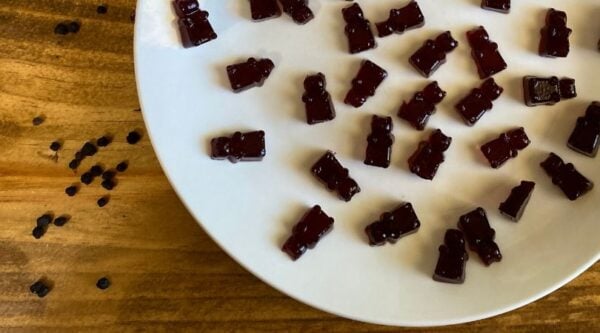 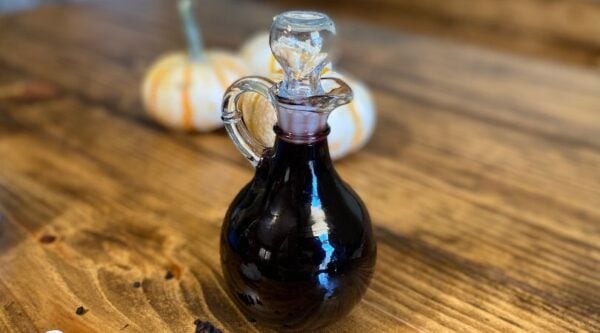 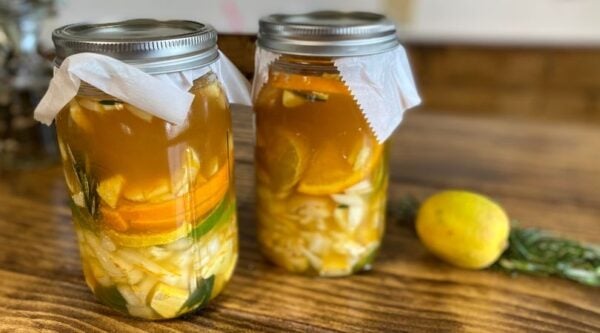 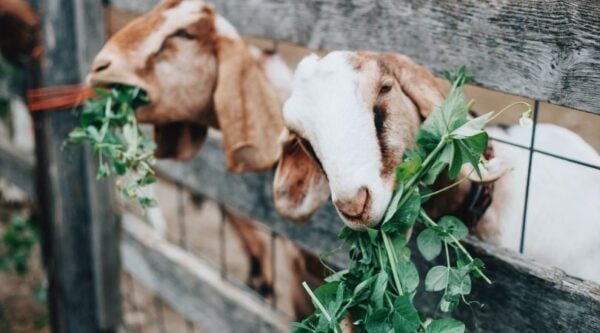 What to Do About Copper Deficiency in Goats 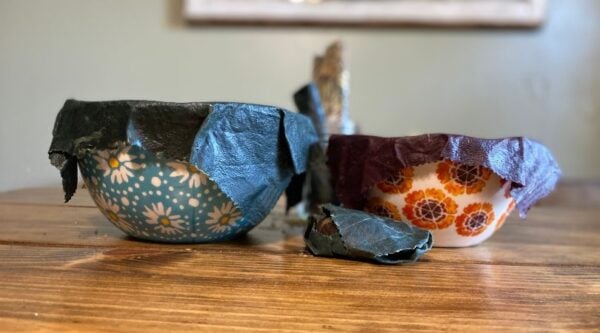 How to Make Homemade Beeswax Wraps 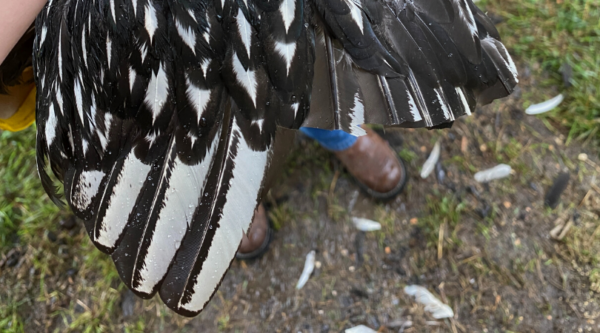 How to Clip Chicken Wings Painlessly

How to Dry Basil in the Oven: 7 Simple Steps
How to Make Simple Homemade Horse Treats 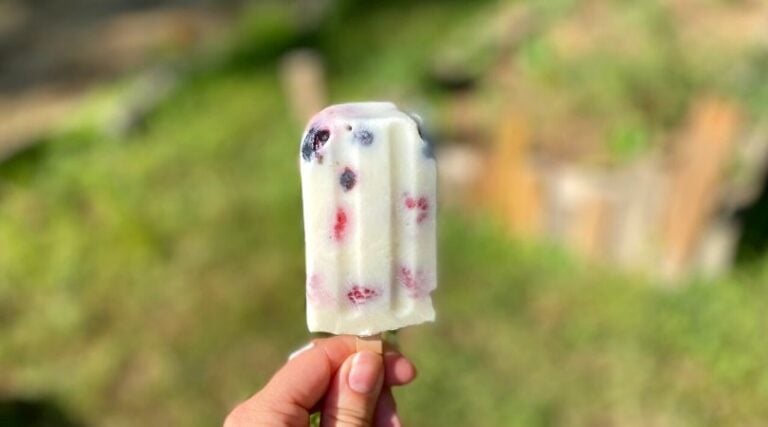 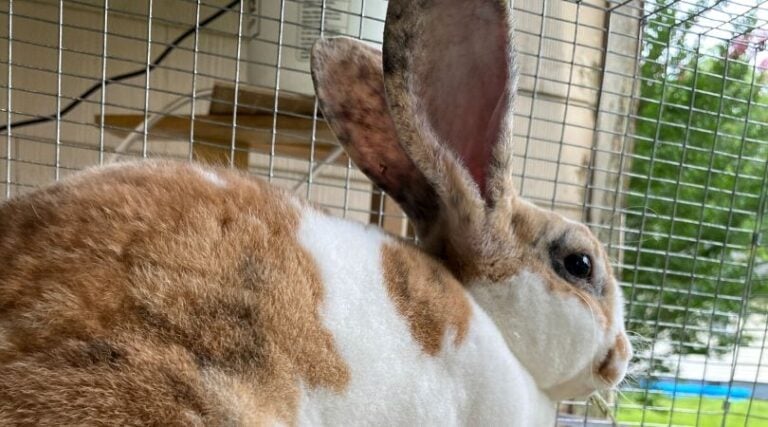 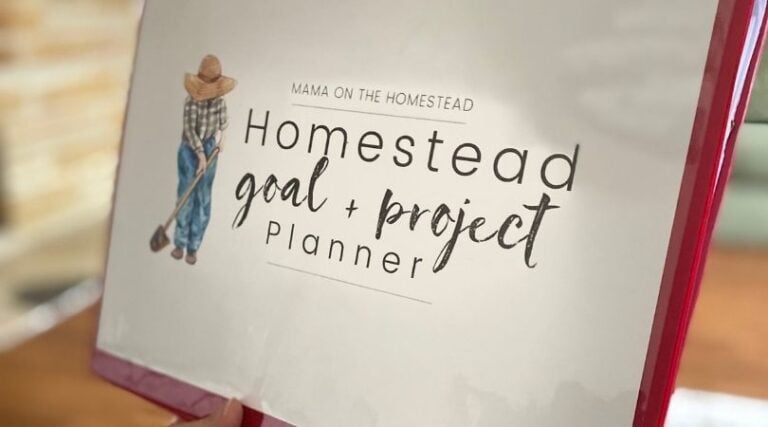 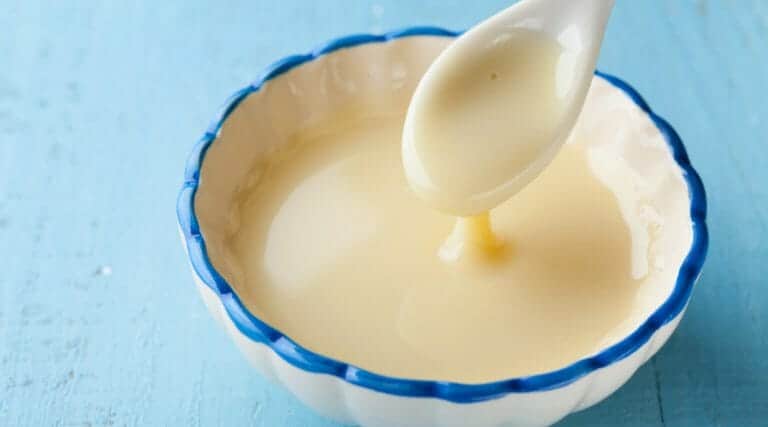 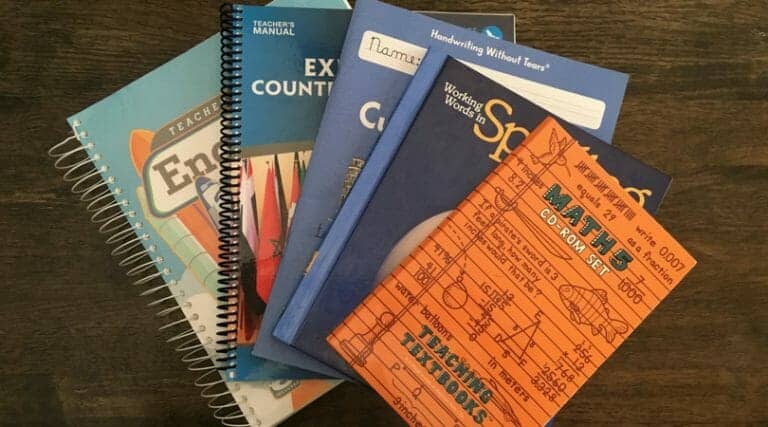 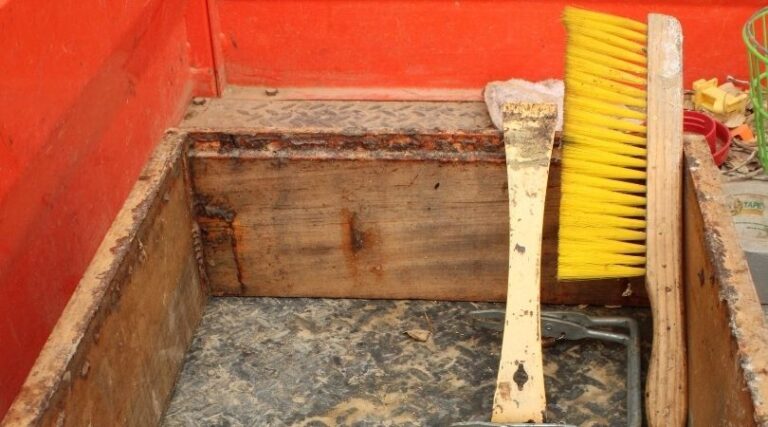 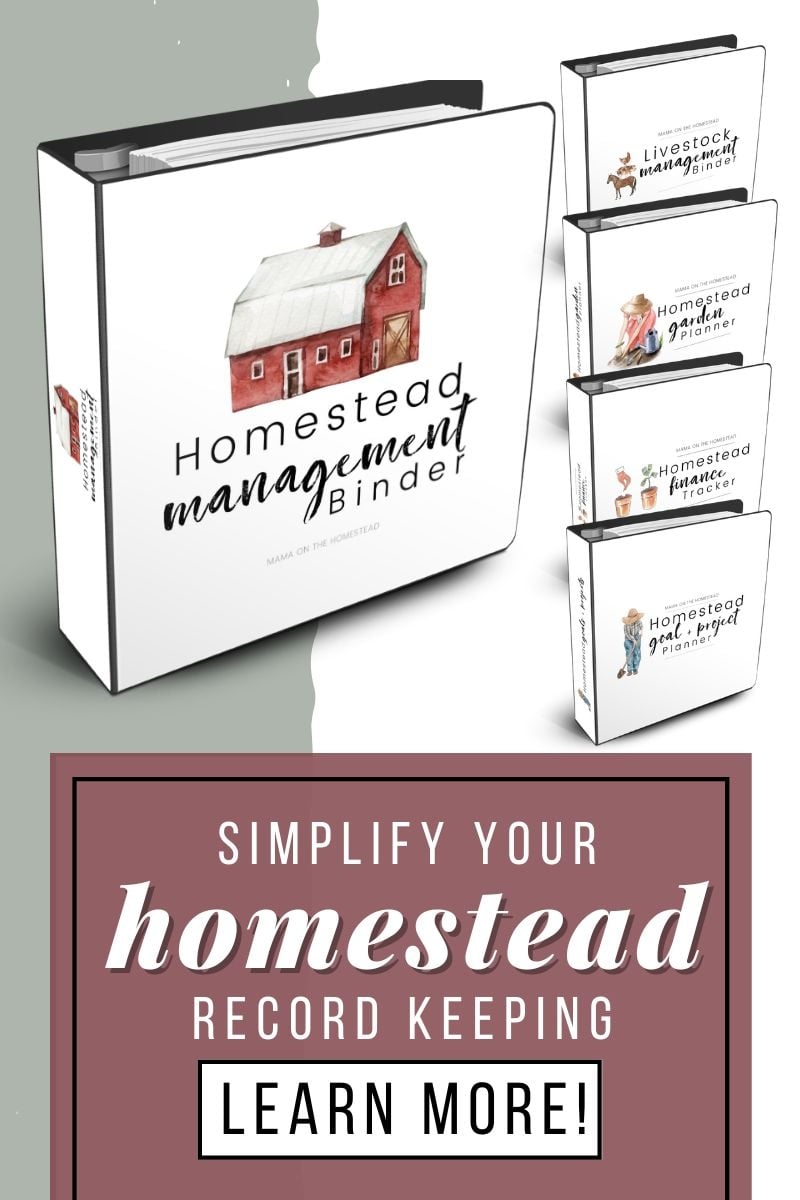 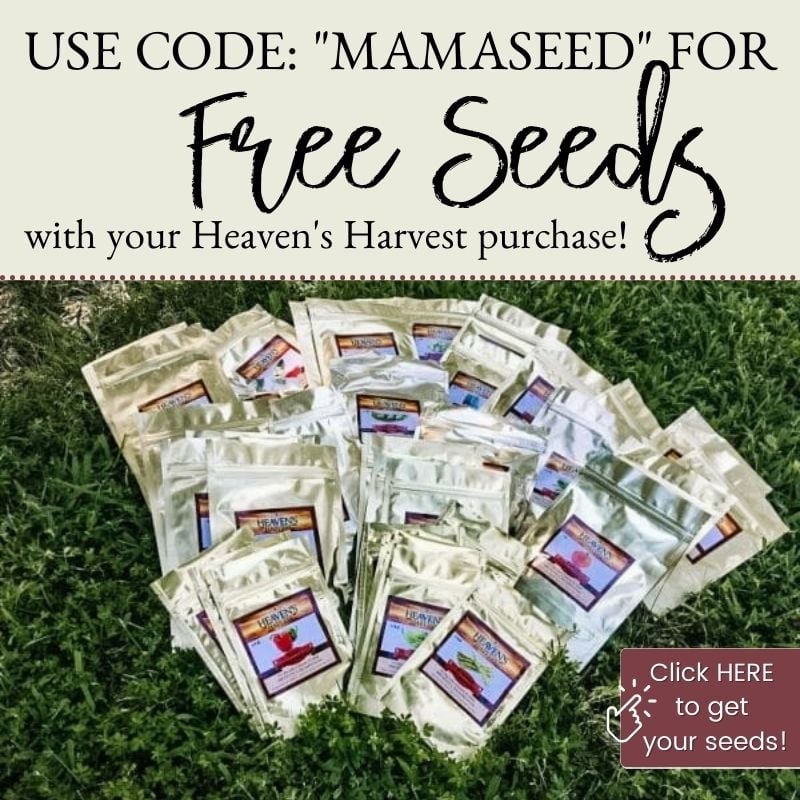